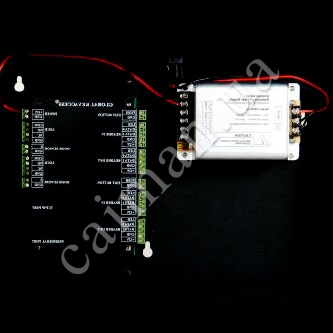 Access control systems’ controllers fulfil all the functions connected with receipt and information processing of the users’ ID readers and with control signaling to the actuating devices. The right choice of the controller predetermines efficiency of access control towards different areas of the secured object and safety of the object’s security in general. There is a lot of access control system’s controllers intended for utilization on the various objects, with diverse demands towards employees and visitors movements alongside the territory of the object.

Network or centralized controllers serve the complex of the readers and actuating devices connected into general net. In this case the access decision is made by the computer with special software. The usage of network controllers enables to fulfil a number of auxiliary functions, namely:

Caiman Production Group pays special attention to correct controllers’ selection while installing access control system. Depending upon the type and construction’s specific features of the object where the access control system will be installed we may recommend this or that controller’s utilization. It should be specially reminded that safe security is compounded of the series of factors: perimeters’ engineering security systems – Egoza barbed wire, concertina barriers and some others play in this very case an important role.