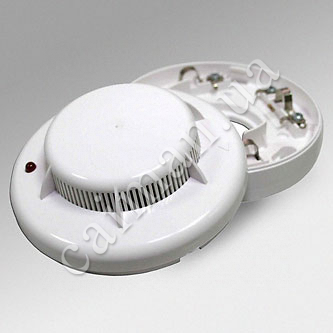 Fire-alarm system is intended for discovering of ignition sources on the controlled object and efficient notification about the problem of the personnel and fire-fighting service. Fire-alarm system discovers ignition signs or smoke pollution signs on the territory of the object and transmits the signal to the control panel of the fire department. Usually fire-alarm system is constructed on the base of control device and the complex of fire detectors, registering ignition sources. Different hardware-software complexes can be used as a control device; fire detectors can be of specific, nonspecific mode and of selective-analog mode.

The type of fire detector predetermines the principle of operation and efficiency of fire-alarm system, though for different objects diverse variants of fire detectors could be the best variants. In nonspecific modes of fire-alarm systems the detectors have certain threshold of action, adjusted for certain parameter, thus, a number of detectors is input to the common line. If one of fire detector is actuated, the fire alarm signal is transmitted to the entire line of detectors. Specific system of fire-warning system differs from nonspecific by availability of certain address of each fire detector, in case of fire alarm actuation not only a fire signal is transmitted but information about ignition location as well.